100 Beautiful Cyclades Greek Islands to Choose the One to Visit!

The 100 Beautiful Cyclades Islands are Greek Islands on the Sea of the Aegean. 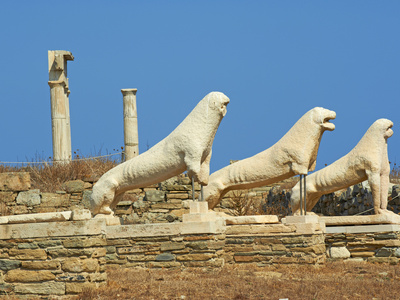 This page indexes most of the beautiful Cyclades Greek Islands, which are more than 100, with comprehensive information about them.

The information includes the most beautiful islands, how to travel, book hotels, rent cars, where to go and enjoy your visit to the Greek Island you want to visit and even how to date and get married with a Greek fellow.

Everything is included within each page through collective links, just to facilitate the job for you to decide upon which Greek Island to visit and even how to connect to other nearby islands, so you could take one, or two at the time of visit.

The Cyclades are at the southeast of the main Greek land and they are generally smaller with less population compared to the other islands in the other groups of islands. 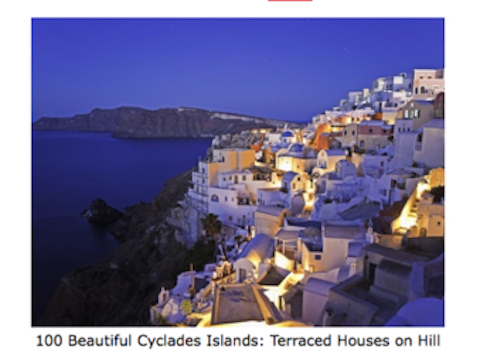 But, they have outstanding architecture, which make the group of islands really beautiful and enjoyable. Many people actually consider the islands as the most beautiful islands in Greece.

Although this page is about 100 Beautiful Islands in the Cyclades, but there are about 220 Cyclades Islands. The climate is dry and mild except in Naxos. The beautiful Greek Islands produce fruit, olive oil, tobacco, wheat and wine.

The surface is mostly mountainous, where peaks form the out frame structure of the islands, and two of them (Milos and Santorini are volcanic islands. For more information about the Archaeology and history of the 100 Beautiful Cyclades Islands, see http://en.wikipedia.org/wiki/Cyclades_Islands.

The beautiful Andros Island is one of the most 100 beautiful Cyclades Greek Islands. Do not confuse it with the sixth largest island of the Bahamas North Andros, in the West Indies.

It is a Greek island, north of the Cycladic group of islands in Greece. The page provides more information about the island and how to get there, when to get there, what to see and some other etceteras.

It is very interesting in Greece to see some islands have anti-islands. Maybe this is a new island-centric definition. However, the beautiful Antiparos Island is at the southwest of Paros Island.

Antiparos Strait separates the two islands. There is seasonal heavy sea traffic in this strait in addition to windsurfing activities in a very beautiful area.

Antiparos is called in the ancient times Oliaros and there are some ruins from that time in the island.

The Aegean beautiful Delos Island covers 3,43 square kilometers near Mykonos Island and it lies in the centre of the Cyclades ring of islands in the Aegean Sea. The island is a theatre of extensive and continuous excavation because of its past.

It is said that the island was the place where the first myths of Greece shaped. The myth says among the 100 beautiful Cyclades, the island of Dilos was the birthplace of the twins Apollo and Artemis.

It is charming, entertaining and beautiful place full of beautiful beaches and street full of scenes, stylized shops, restaurants and bars in the old Cycladic traditional towns.

The Aegean beautiful Naxos Island covers 429 square kilometres in the 100 beautiful Cyclades group of the Aegean Greek Islands and it is considered centre of the Cycladic culture. The capital city Hora takes the name of the island sometimes.

The Aegean beautiful Paros Island lies in the central Aegean Sea. It is 209 square kilometres and is considered one of the popular tourists' destinations among the 100 beautiful Cyclades Islands.

Beautiful sites in the Island of Paros ascend from the slopes to the heights of Mount Profitis Ilias and many beautiful beaches scatter around the island.

The beautiful Santorini Island, called also Thera, is a small volcanic island. It has a population of 13,670 and it stretches to 73 square kilometers in the southern Aegean Sea.

It has also circular archipelago by the same name. Volcano and earthquake erupted in the island many times in the past and shaped it fantastically, reflecting even of the pebbles, the cliffs and coves on the beautiful beaches. This Aegean Greek Island has tragic history in this regard.

The beautiful Syros Island is not only the maritime and the commercial centre on the Aegean and the eastern Mediterranean, but it became the legislative and the administrative centre of the Cyclades group as well.

The beautiful Tinos Island is in the Cycladic group of islands in Greece. Tinos is also called Ophiussa, so connect to the history to know more.

It takes about 5-6 hours by boats from Athens. It is a beautiful island among the 100 beautiful Cyclades Islands in Greece. However, the beautiful attractions in the Island of Tenos are few.

In addition to the 100 beautiful Cyclades Islands, you may also be interested in seeing movies shot on those islands at TVCinemaApp.com, or more information about the following Greek Islands:

Share the 100 beautiful Cyclades Islands with your social media and other services. Use the small buttons on this page to do that. Thanks.

Are you living in any of the 100 beautiful Cyclades Islands?

Use the following form to write about your island, or the your city of residence if you immigrated to another city worldwide and upload beautiful pictures from it.