Madagascar or Malagasy is definitely one of the wonderful and beautiful islands in the world with its stunning scenery and endemic wildlife, the bizarre limestone plateau, the island reserves, other national parks, the baobabs, the turquoise waters on the beautiful sandy secluded beaches and nice people everywhere in the main island and the smaller islands in the country. 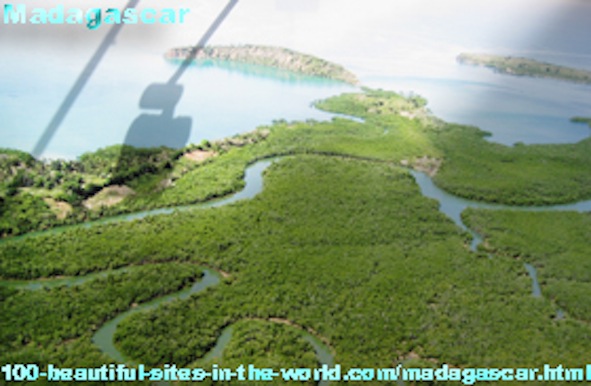 Add to all of that the location of the island and its connection to the continents around it and the sea traffic it serves to these places up in the Asian content, west on the African continent and east and southeast to the Malaysian Islands and the Australian continent.

The French eye was clever to discover this place earlier in the past and to occupy it.

The endemic wildlife is rich and it has stand alone variety of species. It contains seldom and unique flora and fauna with animal, bird, plant and insect species that are not found on other places in the world. This is why the island state is called the naturist's promised land.

The Republic of Madagascar is the world's fourth largest island and it is a bit larger than France, its former colonial master is. It has been a French colony in (1895-1960) and one of the first bases of France to move on the India Ocean. The second important base is Djibouti. See my dad's website at this link to read more.

However, it is named Malagasy Republic on October 14, 1958, as an autonomous state in the French Community until the constitution of 1959, which prepared the island state for full independence on June 26, 1960.

There are more than 17,404,000 people living in the country. The population is divided into 22 not 18 ethnic groups, as mentioned somewhere. The ethnic groups of Madagascar include the Merina, Betsileo and côtiers, in addition to Arabs, Chinese, French and Indians.

The capital city, Antananarivo, known as Tananarive in French, is the largest city in the country. The city is also the capital of Analamanga Region. Large urban area surrounds the city, which is located almost in the heart of the island. There are more than 1.4 million people living in Antananarivo.

This page is about this island country. If you have more information, or if you want to correct some information here, please use the form at the bottom of the page. I will reward you for doing this by some useful e-books you can use to benefit from them, or just read for more knowledge. Thanks. 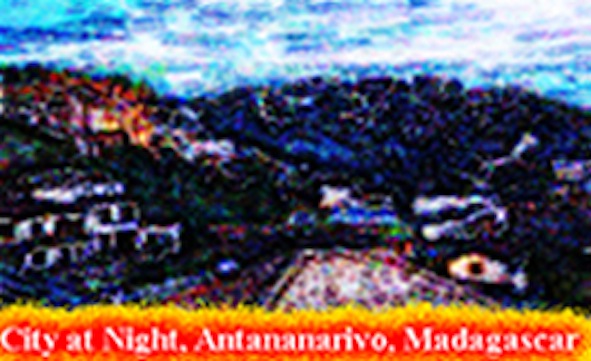 Some sources say, King Andrianjaka built the city when he called 1,000 of his men to take one of the hills off to build the royal palace and thus called the city he built there the city of one thousand warriors.

However, others say those were protestors against the king. Did you know something accurate regarding this information? Bring it on through the form.

The island occupies a good location in the Indian Ocean some 800 kilometres off the African southeastern coast, with a coastal line that spreads to about 4,828 kilometres in length.

Madagascar covers 581,540 square kilometers and the water covers 5,501 square kilometres. The island has been separated from Africa about 160 million years ago. However, it is not isolated from the neighboring continent or other continents in the world.

Although massive deforestation and animals hunting erode the country from the large first animal species known there, it still contains 5% of the world's plant and animal species and that make a unique blend of plants and animals, many of them found nowhere else in the world.

The biodiversity is rich, as the island has hundred of thousands of species, some of which are unique to the island and they are named by its name.

The animal, bird and insect species live in tropical rainforest in the east and the tropical dry forest in the west and south, where millions of plant species grow, in addition to some other temperate inland areas and arid areas in the south.

They include lemur, bat, tenrec, rodent, mongoose, Malagasy bigheaded Turtle, beetle, chameleons, fish and Malagasy hippopotamus, many of which are vulnerable and endangered animals. Beautiful sea turtles live on Nosy Be at the North Madagascar.

The frog species include frogs native to Madagascar, such as the Madagascan blue-eyed tree frog, the metallic reed frog and the Mantidactylus Tornieri Frog, all of which are in the wet areas of the country.

Other species are the sea turtle including the Angonoka or Ploughshare tortoise, numerous seabirds, numerous fish species including the white whale, the blue and the green pigeon, the tree boa (Boa Manditra), numerous colorful butterflies, the leaf-tailed gecko, numerous spiders.

Diversified plant species grow in the entire area. But, the massive plant cover is in the forests. Many short, tall and huge Baobabs grow even on the roads of some places on some towns in the country. The Avenue de Baobabs) is well known here.

Madagascar's central mountains protect about 3,300 square kilometers of mangrove wetland along the western coastline from the eastern trade wind and the monsoon winds and the coral reefs protect it from the ocean waves in the Mozambique Channel.

Here between the tangled roots of the mangrove thrive and grow endless communities of crustaceans, mollusks (molluscs), turtles and tropical fish.

The mangrove is also an indispensable area for rare migratory birds such as series of Plover, the African Spoonbill and the Great White Egret, only found on the island of Malagasy.

The ecosystem in island's mangrove and commercial shrimp farming, as found in the area and the influx of freshwater supply from many rivers flowing down from the mountains are accustomed to a tidal difference of up to four meters. The whole is thus dependent on a very delicate salt balance.

If there is a rise in sea level and an increase in seawater temperature, both because of the global warming, this occurrence will disturb the balance.

A rise in sea temperatures and increased acidity may end up destroying the coral reefs that protect the mangrove, and thus increase the penetration of saltwater.

If this happen it will reduce the size of the mangrove and pose a serious threat both to the commercial shrimp farms and to the habitat that supports so many different species.

Malagasy animals are just as spectacular, from its almost forty currently recognized species of lemurs - a primate group found only here - to the numerous species of tiny dwarf chameleons.

With astounding frequency, scientists discover a previously unknown species in the island and at almost the same rate another natural area of habitat is degraded or destroyed, a combination that recently led conservation organizations to name Malagasy one of the most important and threatened conservation priorities on the planet.

The Natural History of Madagascar provides the most comprehensive, up-to-date synthesis available of this island nation's priceless biological treasures.

If you liked this page about Malagasy, please tweet it, follow it, or pin the images on it. Subscribe to feeds from this site at your accounts using the small buttons at the top of the left column. Thanks.

Use the following comments form to comment on Madagascar, or to write about what you knew about the island.

Comments on Madagascar appear at the second section of the pages below the comments form and above this paragraph.