Copenhagen or in Danish København, the capital city of Denmark is one of beautiful 100 sites in the world, indeed. However, some visitors might not think that it has a presence and it smells, as a capital city. It is one of the most important central trade metropolises in Scandinavia. What's special about it? 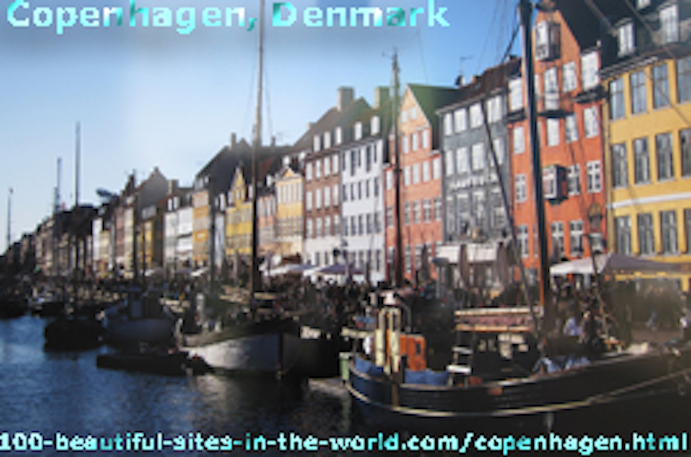 100-beautiful-sites-in-the-world.com/copenhagen.html: Copenhagen: The capital city of Denmark, is it just a normal capital? In Danish "København", see how the C and O are written in Danish!

What Does Copenhagen Mean?

What does the name Copenhagen mean? That was my first question the first time I came to Denmark. I asked some neighbours (of course Danish neighbours) and some students and teachers I met in the language school and somewhere else, I asked them, what the word "København" means.

No one replied correct. They just wondered and guessed wrong. Frankly, I did not know what the meaning is.

Then while asking this question repeatedly, I encouraged some of my friends to think about it.

I told them every name in the world should have a meaning and according to my understanding to the Danish language (although I have been in school for few months), I said, we should divide the word into two words and call Copenhagen the merchant's harbour. It seemed interesting to them, as much as we can align the acting of købe to merchants. 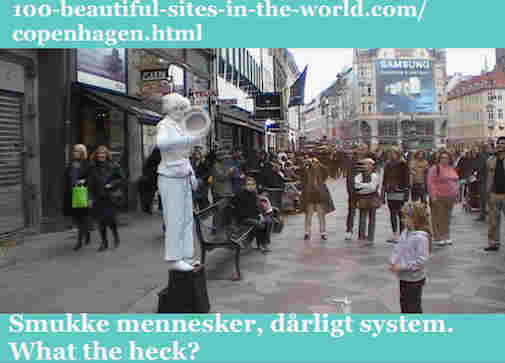 This brings my attention to the fact that some people take names just as is and they rarely think of their meanings. While some years passed, I read in some sources that my speculation was right.

The sources provided me with some more information about the capital city of Denmark and I knew that the first capital city was Aarhus and then changed to the recent capital for some reasons.

However, while I was in a bar in Viborg one day chatting with some Danes, one of them enticed by these notes said Viborg is the capital of Denmark.

So, I write here a brief essay about the capital city of Denmark, taking only one point from the information I read to keep this page easy, enjoyable and a fast read. 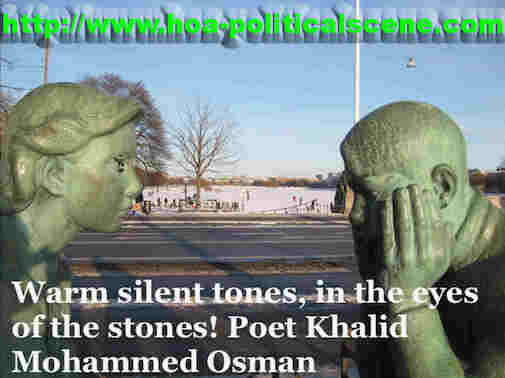 The Existence of Copenhagen: The Merchants' Occupied Harbor!

Copenhagen means, "merchants' agreed harbour". After Bishop Absalon had come into possession of the city during the 12th century, it became a trading center because of its ideal location near the water. Bishop Absalon built a castle at the same place where the modern-day Danish Parliament, Christiansborg stands today. The city grew steadily and slowly from there.

From the second half of the 19th century onwards, Copenhagen experienced a massive urban development, as the new settlements sprang up outside the old city ramparts.

New residential areas spread beyond the inner city and new apartments were built to house the many people who sought residence from the countryside to engage in the city's industries. 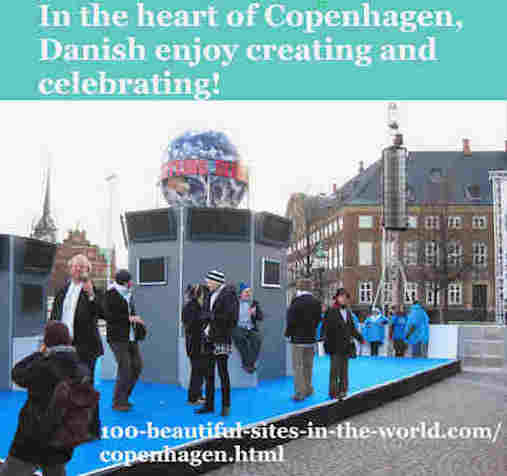 Copenhagen local rail network began in the 1930s, and once connected the most quarters in the city of Copenhagen, contributed to its growth and gave the feeling of living in a great metropolis.

In recent times, another boom in urban development is taking place giving steady growth in København. A bridge linking Denmark with Sweden opened in 2000, allowing a new urban area to spread from Ørestanden to Amager.

The innovative and modern architecture is in sharp contrast to the old Copenhagen low horizontal line, which is interrupted only by the spires of castles and churches. 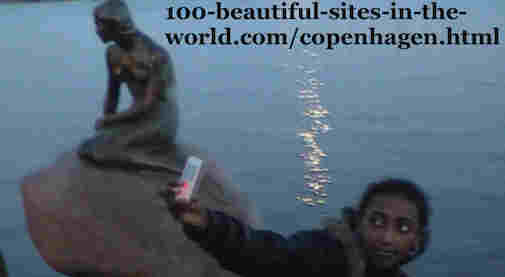 Meanwhile, Copenhagen really was the dynamic center of the Danish-Swedish Øresund Region, which is a trans-national region in southern Scandinavia. It is located by the shores of the Oresund strait and connected by the Oresund Bridge.

Copenhagen's location near the water now constitutes a threat to the city's landmarks, especially the old historic district where the city was founded. Other low-lying areas close to water are also exposed to risks, including the old port of Nyhavn, which is known because of more than 300 years old houses and Christianshavn.

It has been estimated that a future global rise in sea levels combined with an increased risk of storm surges could lead to flooding and do damage to more than 5 billion dollars.

The risk of flooding has been addressed in recent building projects like the new Metro and the Ørestad. However, further coastal protection to preserve the historic parts of København will be needed if the historic areas of Copenhagen are to be spared. 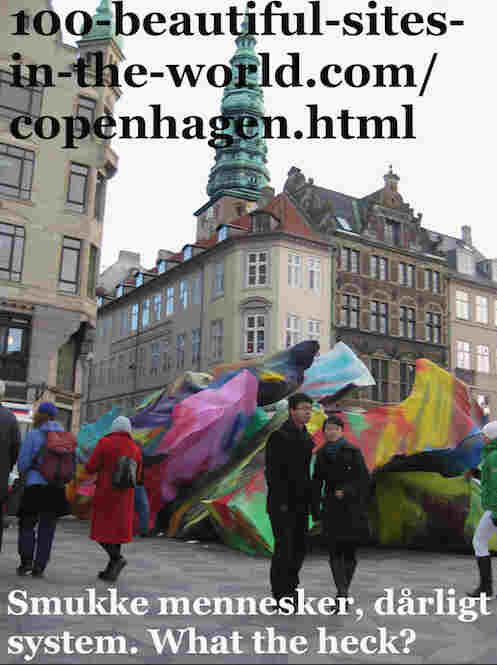 100-beautiful-sites-in-the-world.com/copenhagen.html: Copenhagen: A view from the centre in the weekend.

Well, if you have more information about Copenhagen from different angles, please use the form below to contribute to this page. Thanks so much.

You can watch movies on Copenhagen, documentaries, or Danish movies, at TVCinemaApp.com. It is also lot of fun and pleasures to share this page about København, Denmark with your services through the following two buttons. You can use the buttons at the down left column beyond the navbar and on the bottom of the page as well. Many thanks here too.

This page about Copenhagen is empowered by "Solo Build It" at the bar below.