The 100 Beautiful Ionian Greek Islands are very connected and well served internationally by several means to welcome you, so you could enjoy your vacation touring the beautiful islands, getting more excitements and enjoying the Greek hospitality. 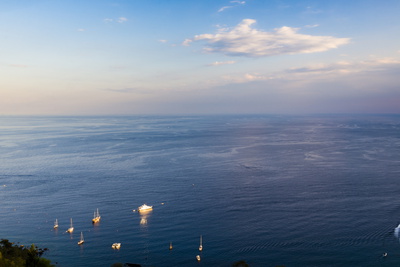 The beautiful Ionian Greek Islands, wether 100 of not are divided between Greece and Italy. The Greek Ionian group of islands are at the west of the main land forming the archipelago of the Aegean Sea at that spot and connecting with other to offer the visitor a warm Greek welcome.

In this location near the mainland, the 100 beautiful Ionian Islands seem as cut off the mainland because of geological accidents. There are not 100 by the numbers of the beautiful Ionian islands, but by the activities you'll find there to enjoy your visit, so don't take us off by mentioning this number.

The Hellenic people of Mycenaean who inhabited Attica in 1100 BC have created everything referring to Ionia. The word Ionian itself is a name given to the member, or native of this group of people. So, here comes the name to refer to the Ionian Islands.

However, the Ionian now defines several groups in Greece. But, the word refers also precisely to the region of Ionia in Asia Minor. It is said that the Ionian name came from Ion the son of Xuthus who lived in the north of Peloponnesiaregion of Aegilaus.

The 100 beautiful Ionian Islands, as a group of islands are on the Ionian Sea. They are also called Heptanese and some of them belong to Greece and the others to Italy. The Ionian Sea itself is part of the beautiful Aegean Sea on which many Aegean Greek Islands are found.

Corfu is also called Korfu, Kerkyra, or Koekyra Island, in which the two last names are from the Greek mythology and is the seventh largest Greek island. It is the second largest island on the Ionian Sea group of islands, west of Greece and is the most beautiful Island.

The mentioned names are steamed from two water symbols, namely Poseidon, the good of the sea and Asopos the Greek main land river in which the myth tells about the passion of Poseidon with Korkyra, the daughter of Asopus and the river nymph Metope and how he abducted her.

Corfu with its small satellite islands forms the edge of the northwestern frontier of Greece and the island itself is part of the Corfu Regional unit and the Municipality of Corfu includes the small islands of Ereikoussa, Mathraki and Othonoi.

The capital city of Corfu is home of the Ionian University and there are about 33,000 population in this capital city, out of about 103,000 people lining in the islands. 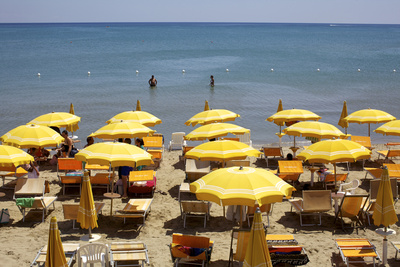 The beautiful Ithaki Island at the northeast of Cephalonia Island is part of Argostoli prefecture, although it has its own autonomous municipality. The island was the home of Odysseus in the Greek mythology, whereby Homer wrote about him returning to his home at the end.

Ithaki, or Ithaca, or Ithaka stretches off the central eastern coast and off the northeastern coast of Kefalonia in about 120 square kilometres and there are more than 4,000 inhabitants in the island.

The small Island of Ithaki is one of the beautiful Ionian Islands in the Greek Ionian group of islands and it has one of the world's largest natural harbours.

Enos, the wild horses range in the natural reserve of Mount Ainos. Paliki Mountains in the west and there are some peaks at the northwest.

Several species of wildflowers such as orchids cover the entire Kephallenia island and the scents of flowers, oregano, leaves and thyme flow with the air in the atmosphere.

The beautiful Lefkada Island is also written and called Lefkas, Leukas, Leucas and Leucadia. It is one of the 100 beautiful islands in the Ionian group of islands at the west of the mainland of Greece and is connected to it by a long causeway and floating bridge.

The seat of the municipality of Lefkada is also called Lefkada and its about 20 minutes drive away from Aktion National Airport. The Greek mythology links the island with the story told about the Greek Goddes of Love Aphrodite and also to Odysseus the well known hero of Homer's Odyssey.

The first story is about the suicide of Sappho at Cape Lefkada, which is related to myths linking the island with Aphrodite. Beautiful resorts attract people to the beautiful Lefkas Island to enjoy good times in the beautiful Leucas Island. All the three different names you read here belongs to this island.

The beautiful Zakynthos Island is one the most beautiful islands on the Ionian Sea group of Islands. It is small Ionian Island, but it is the third largest island on the Ionian Sea. It is about 410 square kilometers in size and it has more than 41,000 population.

The Greek names ending with "ethos" are of pre-Mycenaean or Pelasgian origin. The Greek mythology has it that the island was named after Zakynthos, the son of the legendary Arcadian Dardanus. As a trourist attraction, Zakynthos is well served internationally. 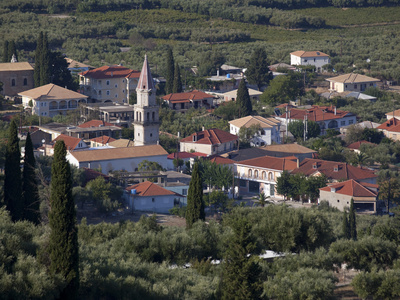 In addition to the 100 beautiful Ionian Islands, you may also be interested in the following information about other beautiful Greek Islands:

Share the 100 beautiful Ionian Islands with your social media services and the other services through the small buttons on this page. Thanks.

Are you living in one of the 100 beautiful Ionian Islands?

Have you ever been at any the 100 beautiful Ionian Islands?

Use the comments for below to write about any one of the 100 beautiful Ionian Islands, or to comment on this page.