The Climate March, along with the Climate Summit and the international Climate Festival in the capital city of Denmark, Copenhagen on 12 December 2009, attracted hundreds of thousands people from around the world to participate in the biggest Climate Protest in the world. 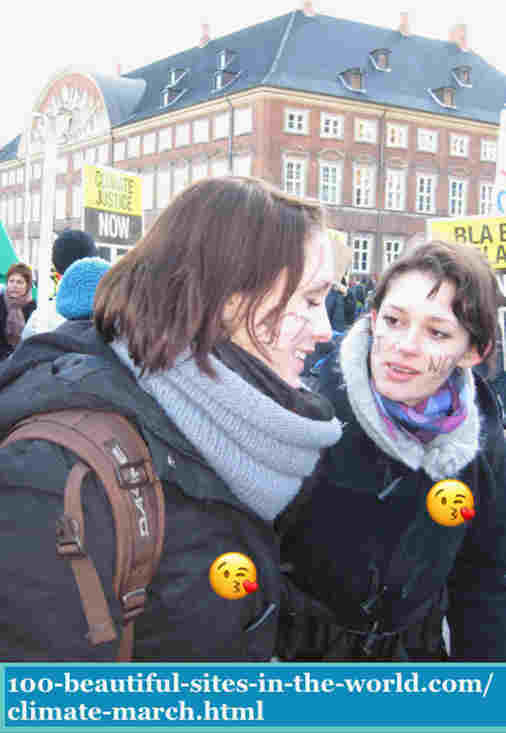 100-beautiful-sites-in-the-world.com/climate-march.html: Climate March: in Copenhagen on 12/12/2009. Two chicks with "Act Now" written by lipstick on their checks. Deserve kisses.

The Climate summit has of course attracted environmental activists to support each other, strengthen the call for good climate change and influence the political leaders to act now and save our world from imminent natural disaster.

The natural disaster is created by bad governmental planning industrially, militarily and in the space projects to favor the most powerful states to control the earth. The conquest of powers to control the world is actually created by multibillion-dollar companies, which control intern most of the governments.

It isn't a coincidence that the earth deteriorates continuously by warming and thus the melting of the snow everyday. Why not, since big overseas companies continue there industrial and military projects, which attack the Ozone and widen the scope of the natural crises? 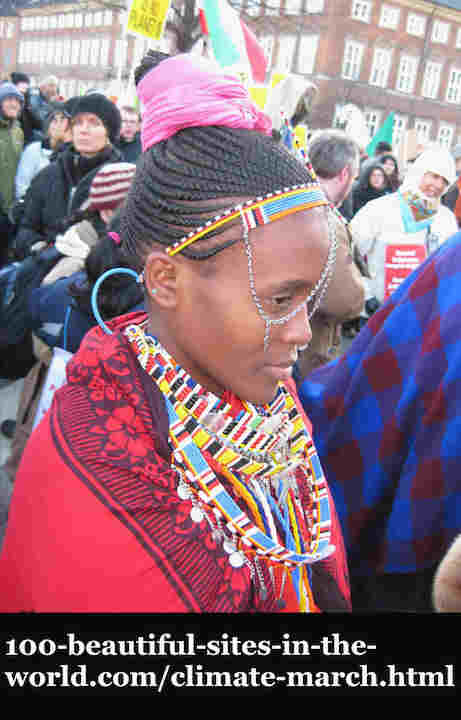 It sin't a wonder that most of the people worldwide has become more aware about the dangers our earth faces, which deaf governments worldwide don't care that much, whether the ice melt, or the sun burn the forests!

Floods are everywhere, fro Southeast Asia to south east America. Natural crises are escalating gradually and despite all of these dangers the governments have not other choices than to carry on their destructive projects. 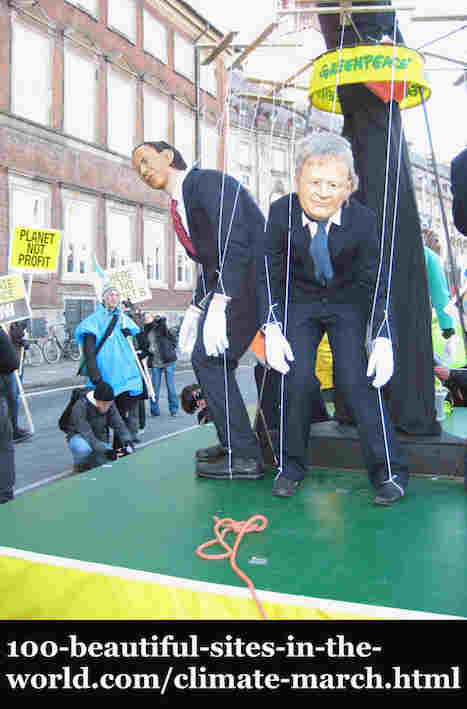 100-beautiful-sites-in-the-world.com/climate-march.html: Climate March: in Copenhagen. Environmental presentation on small moving theatre on the square of the environmental festival.

The Climate March in Copenhagen was great. Some leaders in the global environmental network addressed the gathering, in addition to Helle Thorning Schmidt, the president of the Danish Social Democrats Party.

Helle provoked the masses by carrying their goals and shouting their calls and carried the promise, which proved afterwards it was just a propaganda to win the elections, and become the first lady to be a prime minister in Denmark. What a selfish idea?

Comment on the Video of the Climate Milestone March!

Here is a video shot from her speech, which has been received by warm shouts and great pleasures. Her gesture appeared as a promise to win the coming elections and share saving the nature and saving the people in Denmark from a mad system created by the ruling rightist party.

Please use the form at the bottom of the page if you have any comment on this event. Thanks.

The Calls of the Climate Marchers!

On these of slogans there were calls, such as "Kopenhagen muss gelingen! für ein faires Klimaschutzabkommen", which was written by "Friends of the Earth", which might be interpreted into "Copenhagen must succeed for a fair climate protection agreement" and in Arabic "كوبنهاجن يجب أن تنجح! من أجل اتفاق مناخي عادل". 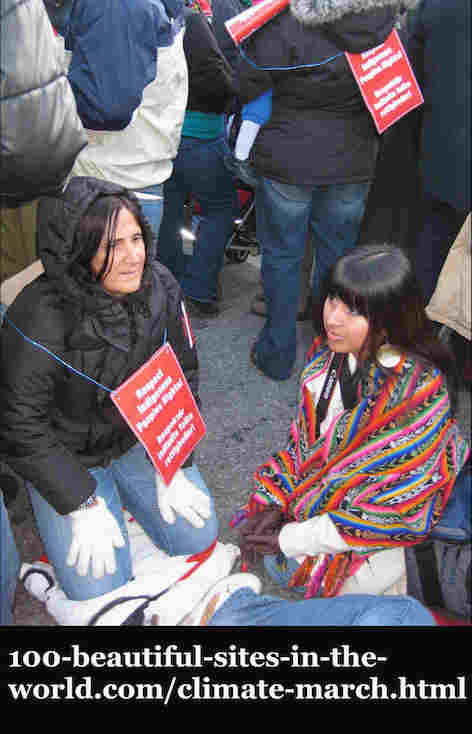 At the top of the calls and the top slogans were:

The great Climate March in Copenhagen has attracted many environmental activists to support each other, influence the political leaders to act now and save our world from imminent natural disaster.

Helle Thorning Schmidt said that everybody is expecting good climate agreement. She suggested that such agreement could help the people to survive hard climate conditions especially in countries that suffer from climate change in Bangladesh and India.

The activities well done by environmental activists and there should not be any politician in the occasion to address the people. However, Helle Schmidt is one of the most respected Danish politicians as she stands in the heart of the left wing.

A Comparison Between the Environmental and the Refugees Discourse in Denmark!

Many of these convention political refugees are treated like immigrants and feel that the policy of the liberal party in the government is aimed to kill them professionally. Read the HOA Political News.

Many of the changes to the laws came to only deal with those refugees, ignoring the "politisk aftale" of the UN convention of 1951 and the UN protocol of 1967.

The welfare laws made by this rightist capitalist party threaten them by hunger if they do not accept any kind of work regardless of their high qualifications and expertise.

Many families of refugees have scattered and the men divorced because they cannot live with their wives under such new laws made by the liberals.

So, could we expect Helle Schmidt to be a liar?

Her Social Democrats party is in the opposition with other so called socialist parties. Those parties in the parliament are incapable to topple those laws although they know that the new laws will harm many people.

So, how could a politician be concerned about the climate change and participate in a climate march while s/he is neglecting the international rights of political refugees to continue their professions, or to acquire danish status because they have been in Denmark for many years?

Human rights and rights to good climate are the same. Human rights are not divided being that in fair climate or fair treatments to refugees in Denmark.

It is clear that the socialist parties could make any draft law fail. However, they did not act positively to help the people they voted for them. Now many of them are speaking about that few Danish became wealthier while most of the people became poorer.

If you cannot see this, please borrow a couple of eyes.

The Social Democrats party voted in favour of the liberal party to pass those laws although the party knows they will be difficult and create difficult situations not only to the political refugees, but also to Danish people.

Do you think this is out of topic as the page is about the climate march?

Not, at all since we are speaking about humanitarian topics. Anyway back to our main topic, the climate march and despite all of the efforts hasn't succeeded to force positive changes in governments programs and especially the industrial projects and the weapons of mass destruction projects and the space projects.

Are you from any beautiful place in the world?

I will love to read your words about this beautiful place in the world. Use the form at Any Beautiful City and write about it. You can also write about any topic on that page to enrich it more. I will reward you by some useful gifts when you submit the form. Thanks.

You can use the form below to comment on climate march. Thanks.

Search inside Copenhagen in Denmark or search for any information about the Climate March in Copenhagen.

You can also enjoy more activities here indeed, if you liked this page about the Climate March in Copenhagen.


I use "Solo Build It" tools at the bar below to empower this page about the Climate March in Copenhagen and the entire 100 Beautiful Sites in the World. Thanks to those strong website building and optimizing tools.