Copenhagen Climate Demonstration Was Strong, But ...!

Copenhagen Climate Demonstration: Almost hundred thousands of people demonstrated on Saturday 12 December 2009 in Copenhagen, the capital city of Denmark, during the COP15's Climate Change Conference and called for real and strong actions to prevent destruction of the planet. 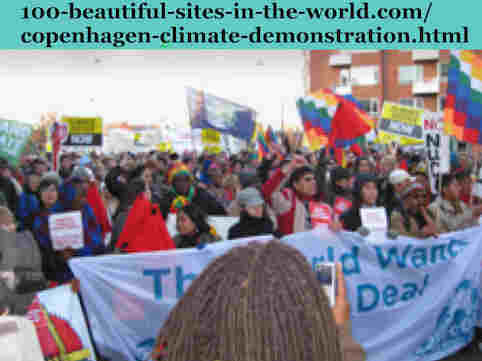 Demonstrators from many lands and many environmental bodies headed by Green Peace International called to change the "blab bla bla talk" in Copenhagen and take concrete actions to stop destroying the world.

Most Remarkable in Copenhagen Climate Demonstration!

Protesters marching in Copenhagen Climate Demonstration called for strong measures against economical decision makers, industrial farms like the oil and the coal industries that contribute the massive amount of greenhouse gases.

Some involved organizations have doubts about any positive decision to fight climate change makers. Some of them aim towards that, many international bodies make money out of this disaster and the governments profit from such businesses. 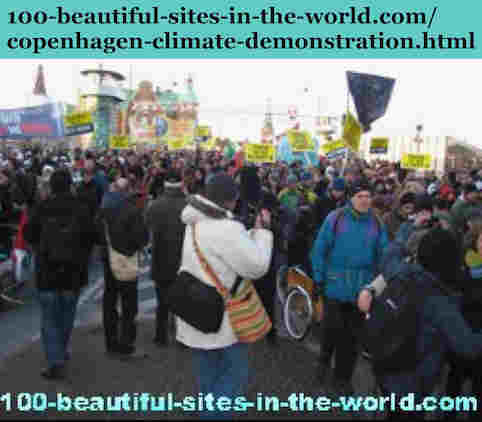 100-beautiful-sites-in-the-world.com/copenhagen-climate-demonstration.html: Copenhagen Climate Demonstration: The masses demonstrated awareness and concerns more than the governments have.

100-beautiful-sites-in-the-world.com/copenhagen-climate-demonstration.html: Copenhagen Climate Demonstration: Socialist Folk Party (SF) is at a climax point and the elections might boost it.

Indigenous Environmental Network, including indigenous people groups from across North America, Latin America and Asia and their allies from around the world led the first lines in Copenhagen Climate Demonstration. 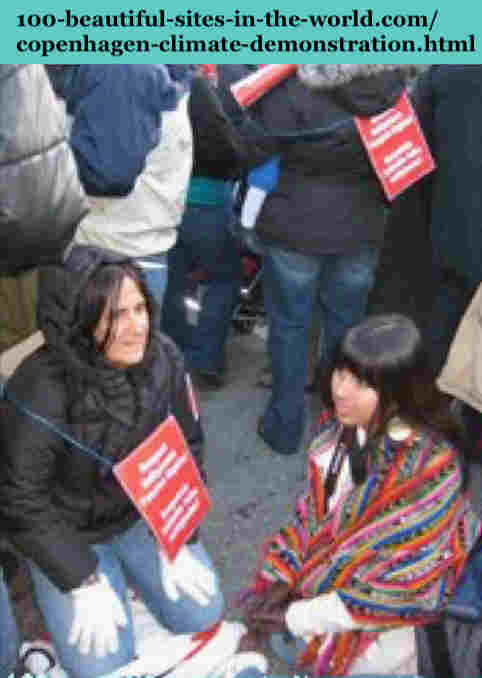 Slogans, emblems and calls like: Nature Doesn't Compromise; Planet Not Profit; Don't Nuke The Climate; There Is No Planet B; Change The Politics, Not The Climate; Respect Indigenous Peoples Rights; Bla Bla Bla, Action Now; Climate Justice Now; Climate, Food Crisis, Refugees, Solutions Now and Stop Fueling flied over the crowds to reach the political leaders during their meeting.

Act Now, even on the chicks of girls; Stop Fueling and other calls were very clear in the climate change demonstration. 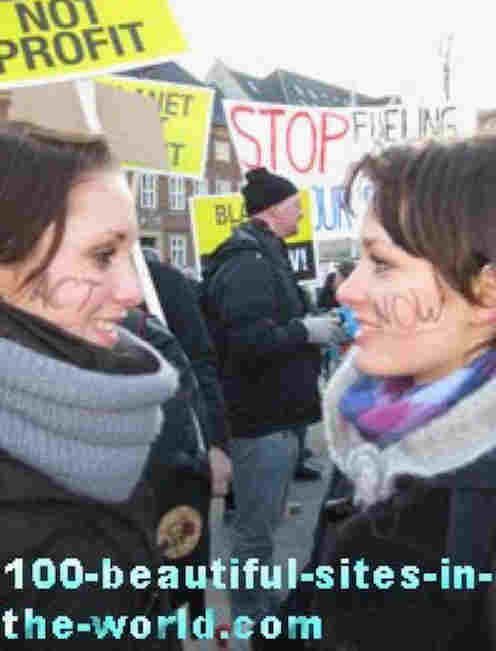 Some minor events happened when some young threw stones and broke some classes. The police arrested 971 persons and released some of them. The people released said they faced bad treatments.

The police held, tied, and forced them to sit on line on the street before taking them to police quarters. 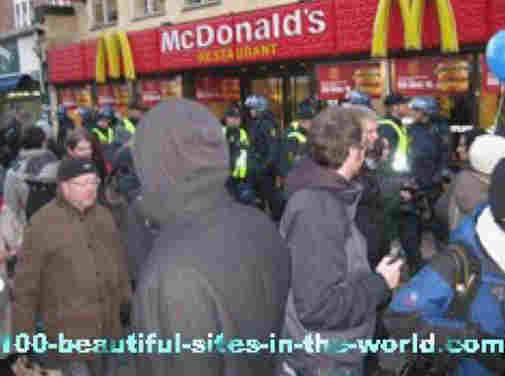 In addition to this page about Copenhagen Climate Demonstration, here are some other pages about some places in Denmark and Greenland such as Copenhagen, Ilulissat, Wadden Sea and Zackenberg. However, you can link to other beautiful places in the world that are affected by climate change through the alphabetical category in the Beautiful Site Map here.

Please bring any argument about the cause of climate change, write descriptive lines about beautiful places and upload pictures too.

I use "Solo Build It" tools at the bar below to empower this page about Copenhagen Climate Demonstration and the entire 100 Beautiful Sites in the World. Thanks to those strong website building and optimizing tools.