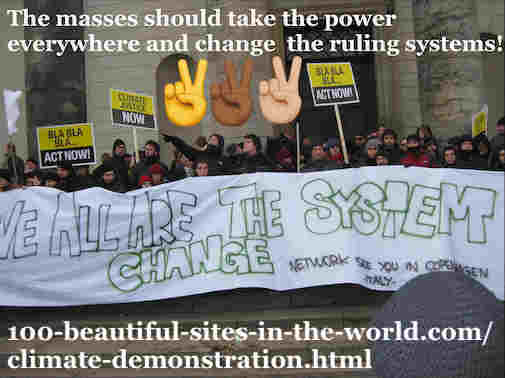 Those umbrellas included also Save Our Snow Foundation, Committee for a Workers' International (CWI/CIT), Actvisepartiet Socialisterna, First Nation and Canadian Activists in the climate justice allies, Scouts for Climate, Taiwan Environmental Protection Union and Global 2000 and many others.

To sum it up, all the earth has attended the environmental activities and participated in the biggest environmental march through long streets in Copenhagen to end at the arena of the night festival. 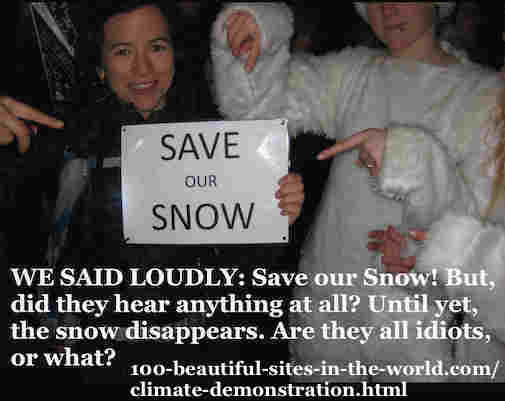 From early at the morning at the day of the environmental festival, preparations ran by shoulders and feet to make this day successful environmentally.

As environmental activists have filled the hotels, parks, streets and squares, the Danish security the security forces and police were deployed, fire forces got into the state of emergency, when it was declared.

The masses who haven't found any rooms camped on some squares and enjoyed knowing each other and toasting with each other.

The most beautiful night ever, I have spent in the capital city of Denmark, enjoying with smart and beautiful young people who share the same environmental interests as mine and who are really too aware of the dangers our planet faces. 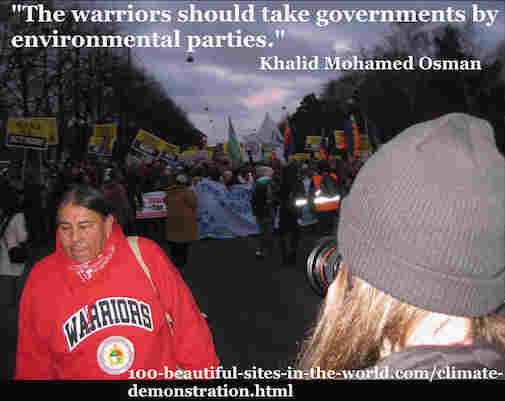 We enjoyed knowing each other and the activities we share. We wandered through the street carnivals and chatted with so many groups and commented on the extraordinary performances of the environmental groups.

The street exhibitions have performed well and illustrated so many beautiful structures and instruments of different cultures from the Amazonia to other indigenous folklore in Latin America and Southeast Asia to the American cowboy bull riding. 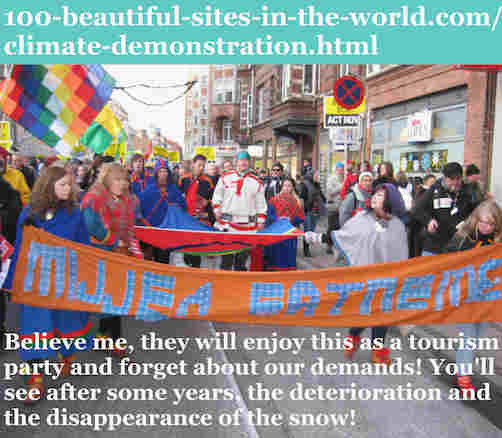 100-beautiful-sites-in-the-world.com/climate-demonstration.html: Climate Demonstration: "Believe me, they will enjoy this as a tourism party and forget about our demands. You'll see after some years, the deterioration and the disappearance of the snow!" Khalid Mohammed Osman.

Despite the optimistic views in the events I mentioned with the groups I met, to reflect on the conferencing officials, so they could meet the optimism of the masses, I had that feeling of cautious optimism.

I didn't want to sound off, but however, I explained my feelings to some of the people I met there and explained how through more than thirty years of experiences as a journalist, I have just lost confidence of governments.

I have of course worked with so many of these governments and revolutionary fronts, I have been active as a journalist in their networks and I have interviewed many of the officials. 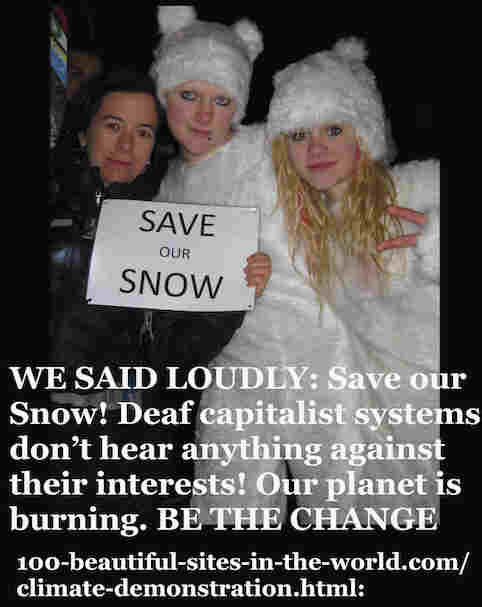 100-beautiful-sites-in-the-world.com/climate-demonstration.html: Climate Demonstration: WE SAID LOUDLY: "Save our Snow! Deaf capitalist systems don’t hear anything against their interests! Our planet is burning. BE THE CHANGE.

So, it is obviously that I know, not only that type of stupidity caused by the magic of the political chair, but in fact the unwillingness of many official to align with the masses and align instead with capitalist companies, I know it is difficult to change their minds.

Why they change their minds to align with the masses, when the money is flowing into their bank accounts abroad?

But, why they align with the masses, while the masses are weak to achieve any public goals, at all?

Change your methods, if you ever thought of positive changes to the world. The classical ruled world should be changes, as this is the era of the masses, not the dummies of political elites here and there.

The power of preserving the earth is yours,.YOU are the masses. 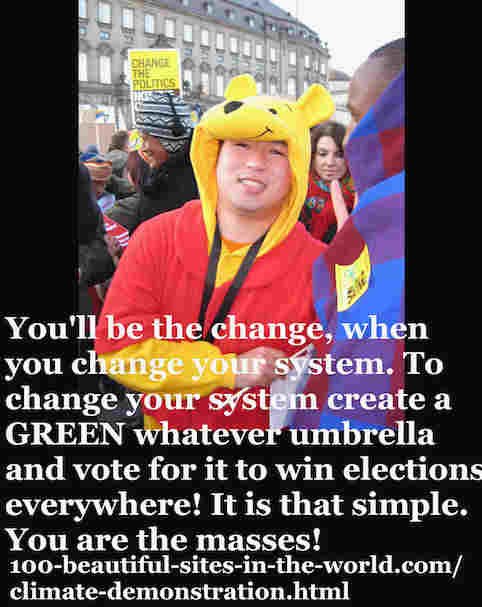 100-beautiful-sites-in-the-world.com/climate-demonstration.html: Climate Demonstration: You'll be the change, when you change your system. To change your system create a GREEN whatever umbrella and vote for it to win elections everywhere! It is that simple. You are the masses!

Strange for a revolution to be inspired by a foreigner, is it?

Not at all, when we see that Switzerland speaks French too.

I have inspired the Eritrean revolution during the seventieth. The veteran fighters of the Eritrean People's Liberation Front (EPLF) know my journalistic efforts very well and know my contribution to the boost of the front after a total media isolation.

The other Eritrean Liberation Front has created that isolation and maintained it with some aligned countries that have the same orientation as the front and used their funds for personal interests. They did that by rumors and gossips that the EPLF is communist and Christian.

So, motivators of the environmental revolution already exist in the body of the so many groups that are participating in global environmental efforts.

PLEASE, WHEN YOU USE ANY INFORMATION OR IDEA AND BENEFIT FROM IT AND BUILD ANY GROUPS, ORGANS, UMBRELLAS OR NETWORKS FROM IT, BAY ALWAYS ATTENTION TO FOLLOW CREDIBILITY AND TRANSPARENCY BY RESOURCING THE NAME OF THE WRITER OF THE INFORMATION OR THE CREATOR OF THE IDEA AND THE LINKED PAGE. 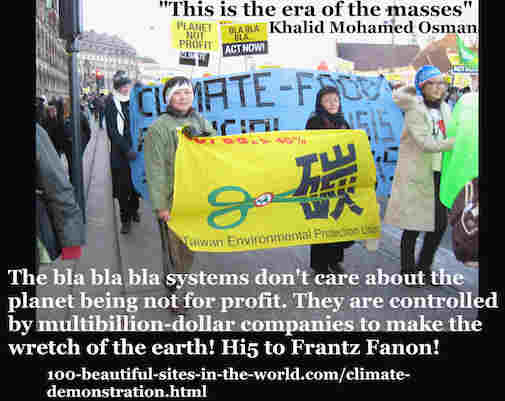 100-beautiful-sites-in-the-world.com/climate-demonstration.html: Climate Demonstration: "The bla bla bla systems don't care about the planet being not for profit. They are controlled by multibillion-dollar companies to make the wretch of the earth! Hi5 to Frantz Fanon!" Khalid Mohammed Osman.

Some people I interviewed called for global consensus and argued to deal with climate change in a scientific way. The political decision should be build upon real demands to save our world from those big companies.

Big industrial companies are after the money and they do not care about people. Many of my interviewees have spoken about this fact. Continue this paragraph at Copenhagen Climate March here. 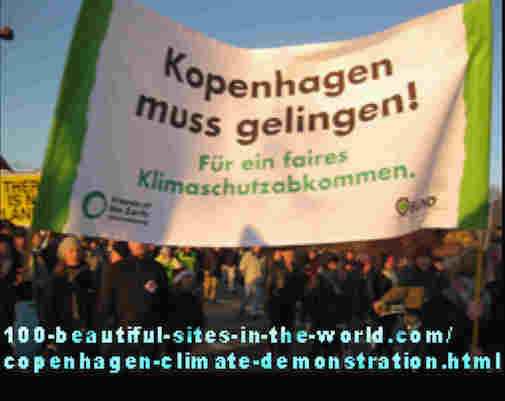 100-beautiful-sites-in-the-world.com/climate-demonstration.html: Climate Demonstration: in the capital city of Denmark, Copenhagen on 12 December 2009. Journalist and activist Khalid Mohammed Osman was invited to the events and shared a considerable efforts in writing about all of them.

Please, visit links, share your perspectives, and receive some useful gifts! Thanks!

You can watch climate demonstrations on TVCinemaApp.com cinema activism. Use the form below for comments, or to write about your environmental network. Thanks.

Search inside Copenhagen in Denmark or search for any information about the Climate Demonstration and Copenhagen Climate Change Summit.

You can also enjoy more activities here indeed if you liked this page about Climate Demonstration. 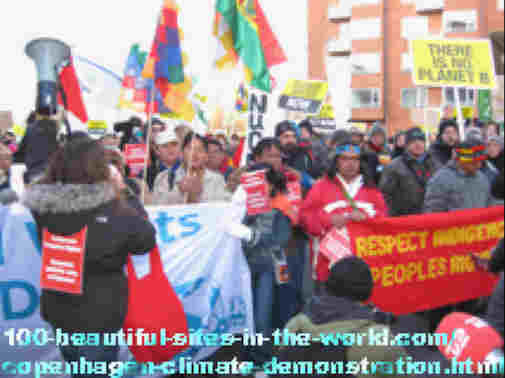 100-beautiful-sites-in-the-world.com/climate-demonstration.html: Climate Demonstration: in Copenhagen, the capital city of Denmark on 12 December 2009. Activist journalist and poet Khalid Mohammed Osman participated in the events and shared a considerable efforts discussing with protestors and writing about all of that.

I use "Solo Build It" tools at the bar below to empower this page about Climate Demonstration and the entire 100 Beautiful Sites in the World. Thanks to those strong website building and optimizing tools.